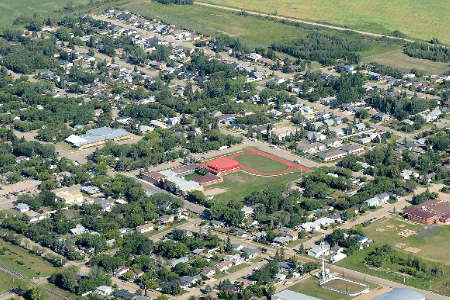 Welcome to the Town of Dalmeny!
Dalmeny is a town in the central part of Saskatchewan, Canada, named after Dalmeny, Scotland. The town is located in the Rural Municipality of Corman Park, and is about 26.8 km north of Saskatoon.
The Dalmeny district was first settled around 1900; many of the early settlers were Mennonites. The town site developed in 1904-1905 with the arrival of the Canadian National Railways Carlton branch line and the Winnipeg - Edmonton Main Line. A year later, the post office opened, the first grain elevator was built, and a general store was established.
The village's population growth was slow until the 1970s, when it became known as a bedroom community for people working in Saskatoon. The population grew from 417 to 1064 between 1971 and 1981. In 1983, the village was incorporated as a town.
Scroll Up